Each year, the USA Triathlon Women’s Committee presents the Spirit of Judy Flannery Award to a female athlete who has excelled in her multisport lifestyle, has high moral character and gives back to the sport.

The 2018 Judy Flannery award winner, Kristen Hislop, is a three-time IRONMAN and a multiple Boston Marathon qualifier, though you might never hear that from her. Noted for her humbleness, Kristen would rather tell you about one of her athlete’s success before mentioning her own.

An athlete from a young age, Kristen grew up as a competitive swimmer and joined the New York Road Runners Club after college. After moving to Colorado for graduate school, she added cycling and triathlon to her repertoire of athletics. Like many women in sports, Kristen noticed a gap in the triathlon world, which led her to creating the Upstate Warriors triathlon club to provide a safe, positive environment for women to try the sport.

Through Upstate Warriors and her 13-year coaching career, Kristen has provided holistic support for newbies to multiple IRONMAN finishers through swim clinics, group rides, bike maintenance seminars, group runs, nutrition workshops and more. She’s helped many women take that first plunge into open water and cross the finish line for the first time, or the 100th time, all with a smile on her face and encouragement in her voice.

Nominated for her support of women in the sport, Kristen is often seen returning to the race course after finishing her own race to cheer, encourage and help others cross the finish line. Her love for the multisport community is shadowed only by her love of seeing others achieve their dreams.

“What an honor to be recognized with the Judy Flannery award,” Kristen said. “Coaching and participating in the world of triathlon reaps great rewards. I get to see women tackle new challenges. I become part of their journey and often have a window into their lives that others don’t. That is a true honor. My coaching motto is ‘Do. Believe. Achieve.’ For some, the ‘do’ is the hardest part and for others it is to ‘believe.’ For me, I love sharing in the achievement associated with both.”

In addition to the impact she’s made with Upstate Warriors, Kristen is a volunteer for a local high school track and cross country team, a Women for Tri ambassador, a board member for local triathlon and running clubs, and a head coach for a women’s Couch to 5K training group. She is also raising two high school-aged sons who are also committed to athletics through cross country and track.

The Judy Flannery award was established in 1997. Flannery, a Grand Masters multisport athlete, served as the first Women's Commission chair and was tragically killed in a bike accident. This award honors her memory and supports talented female triathletes who have contributed meaningfully to our sport.

Learn more about the Spirit of Judy Flannery Award 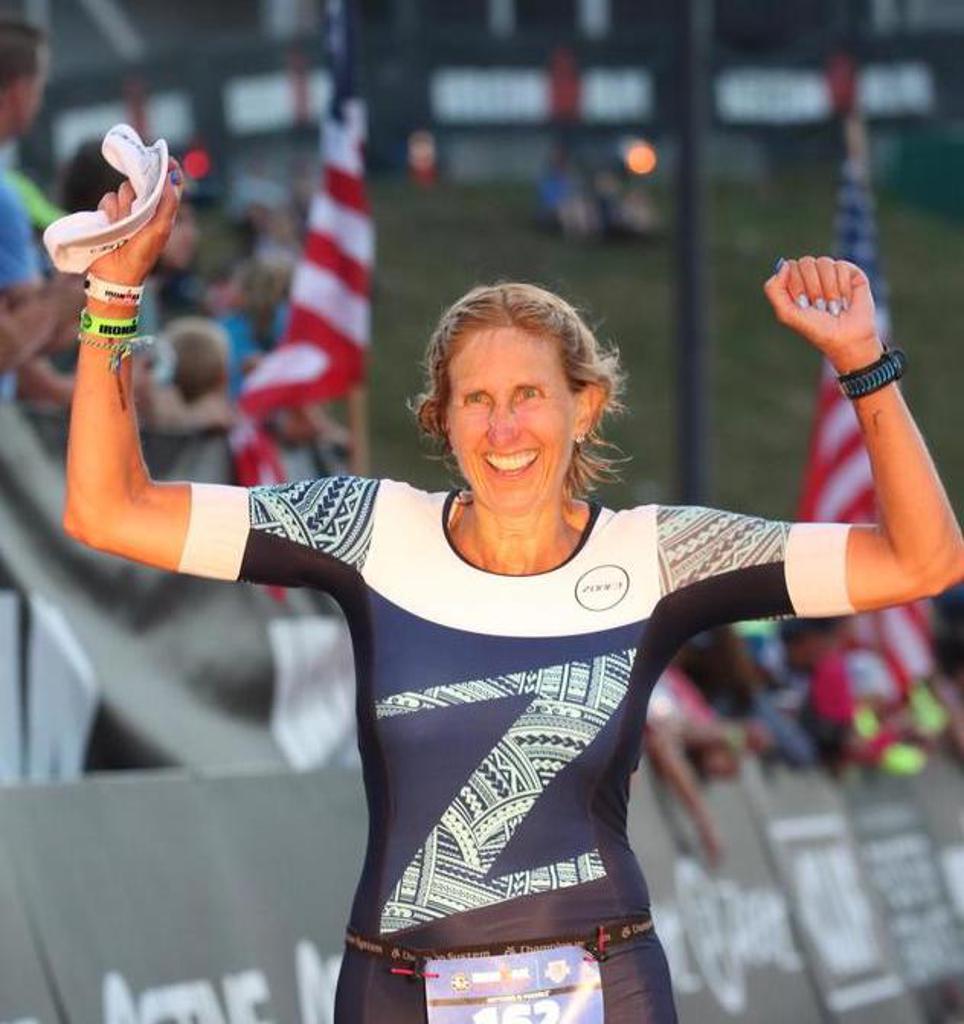